The lives which we give Him were already blood-bought, made valuable only because He considered them worth dying for. This is the wonder of His kingdom.

He makes His murderers into His children.

He makes the fearful ones into front-line fighters.

He makes the foolish ones into teachers.

He made Moses, who struggled to speak, into an orator before a king.

He made Gideon, who threshed grain in a wine-press, into a war-hero.

He made Paul, who persecuted the church, into a church-planter.

He made Sarah, who was barren, into the mother of a nation.

He made Peter, who denied Christ, into a fearless apologist.

Of ourselves, we have nothing of worth to offer Him. And yet He lets us give to Him of the gifts He has given, and, when we — so often sinning and unfaithful — stand before Him finally, dressed in the righteousness that He gave us, He’ll yet say to us: “Well done, my good and faithful servants.” 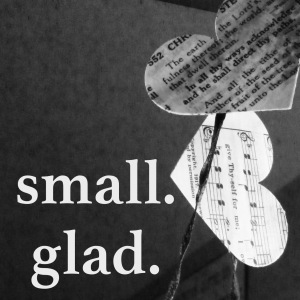 Follow Between Blue Rocks on WordPress.com
Join 338 other followers